Searching for the Muse with The Fratellis 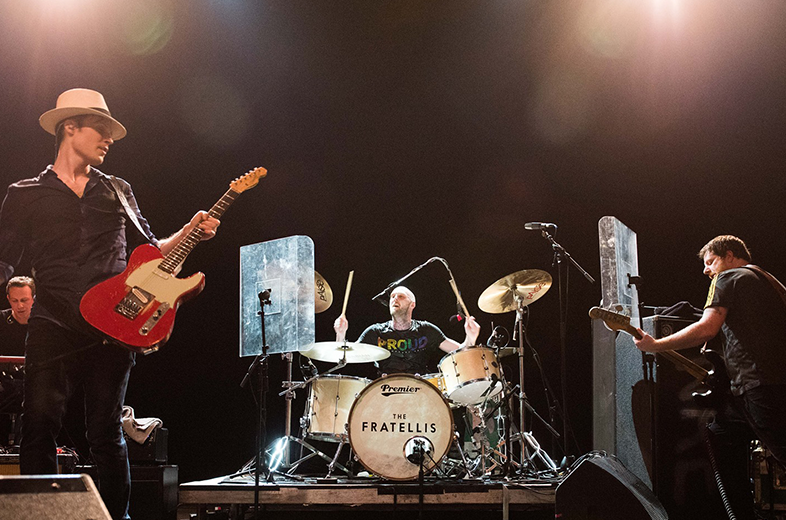 When it comes to writing a song, inspiration can come from practically anywhere. For the Beatles’ George Harrison, the muse spoke to him after he and his mates entered a higher income bracket. “Taxman”, anyone? And who says accounting has to be boring. The Fratellis are not so different. They find inspiration everywhere, mining subjects that could lead to a mighty fine ditty.

Take their song “Chelsea Dagger” as one such example. Jon Fratelli’s wife, Heather, performs burlesque under that curious, though catchy, pseudonym. Apparently, it’s a not-so-subtle play on Britney Spears. “Bethany Pointy Objects” just doesn’t roll of the tongue in quite the same way. The song went so far as to inspire scores of professional athletes and fans, too. Most notably taking on bona fide anthem-status for the Chicago Blackhawks during their victorious Stanley Cup run in 2010. It was one of many factors that contributed to ending the team’s nearly fifty-year championship drought.

With songs like “Creepin’ Up the Back Stairs," “Me and the Devil” and "Medusa In Chains," it’s pretty clear that many of the band’s tunes center around wild nights, wild stories and wilder characters. It’s like the old adage says, “everything’s material.” And while they’re not Italian, nor are they brothers, the band’s name originates from a rather esoteric piece of Americana. The Fratellis were the crime family in Richard Donner’s classic 1985 film, The Goonies.

That’s why when it came time to find inspiration for wraps for your Vuse Alto, we didn’t need to look any further than their songs. Everything inspires them, so for us, they were as good a subject as it gets.