Forget the chicken or the egg. What about form or fashion? Since it can get awfully cold on the sidelines of a football game, why not grab a full-length fur coat like Joe Namath? When did leather jackets go from rebellious to mainstream? How did bad eyesight become synonymous with high intelligence? Lumberjacks wore flannel long before Nick Offerman, but for most ax-less folks, he might as well be the originator.

People are influenced and inspired by the unlikeliest of places – like the way workwear inexplicably works on the runway. The ideal future isn’t one where everyone dresses the same. What was once considered streetwear can exist in the workplace now, too. The limit is only what a person can successfully pull off. Or in this case, what they can literally put on.

What’s cool today, might be uncool tomorrow. If only farmers could’ve envisioned how their overalls would transform into something worn the world over by people who’ve never driven a tractor. You just can’t predict fashion trends. Sport jacket and swim trunks. Snorkel and penny loafers. And anything paired with a Vuse Alto.

Arrow McLaren SP use lots of fashion-forward articles of clothing. For the sartorially challenged, that means a ton of thinking goes into everything they wear. As much as fedoras may look cool (it’s still very much up for debate), they aren’t the best headgear come race day.

Similar to Vuse, Arrow McLaren SP appreciates the connection between form and function. They understand how aesthetics has both benefits and drawbacks, especially in this extremely intense environment. It’s all about what you’re willing to sacrifice in the pit. So, you better look the part.

When the first Apollo astronauts prepared to take the 240,000-mile joy ride to the moon and back, clothing was hardly an afterthought. It’s not like Neil Armstrong was about to plant a few small steps for man in blue jeans and a pair of cowboy boots. Somebody had to design state-of-the-art spacesuits, in sync with whatever the lunar surface had in store for them.

While not exactly tantamount to space exploration, our partners at Arrow McLaren SP realize that whatever they don on race day had better work. Fractions of a second can be everything. With apologies to Mark Twain, the difference between almost the right racing attire and the right racing attire is the difference between a lap record and a lap dog 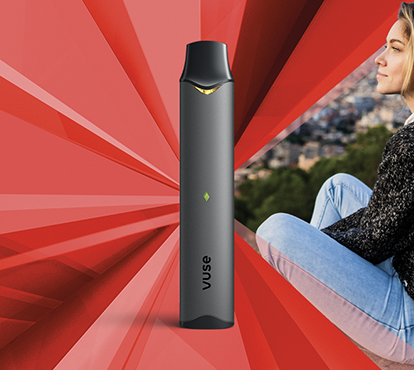