Hittin' the Road with The Fratellis (bumps and all) 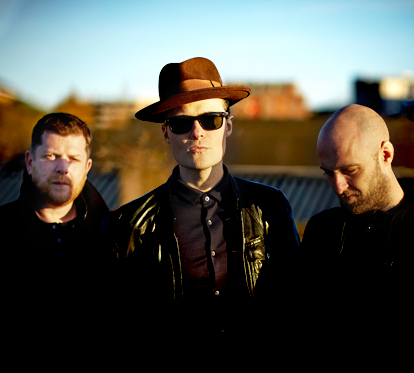 There we were, on the precipice of hitting the road with The Fratellis for their 2020 U.S. Tour. As their official sponsor, we could finally say without a hint of irony, “excuse me, but we’re with the band.” Everything was all set and ready to go. We were just counting down the days, pinching ourselves at what was to come. The amps and instruments were probably being loaded onto huge trucks by guys with long beards and leather jackets while we waited. At least that’s how we imagined it. Rock and roll, right? Then everything changed. Suddenly, the whole thing was over before it had even begun. A global pandemic wasn’t exactly part of the plan.

Okay, so we couldn’t physically go on the road anymore. A minor setback. But that didn’t mean letting the entire plan disappear, now did it? No chance. The Fratellis still had an album to promote, their sixth, entitled, Half Drunk Under a Full Moon. And it’s a damn good one if you ask us. We needed to make the most of the situation, despite everything in flux. We’d come too far just to pack it in.

So we decided to give fans a taste of something extra special. The band debuted their newest song, “Strangers in the Street” on our Instagram channel on May 7th. The guys were joined on vocals by famed American soul singer P.P. Arnold. The tune was a real product of the times, with each musician recording separately from the comfort of their own home. Seems as though quarantining is no match for creativity. While it was far from a simple process, we’re just glad we could help make it happen. Now you can watch it here [link to song]. And it’s all for a good cause. The Fratellis are generously donating 100% of their share of proceeds to COVID-19 relief funds.

They’ll get back on the road eventually. And when they do, we’ll be there, too. U.S. Tour dates should be announced later on this year, and before you know it, things will start to look like normal again. Whatever that means. While some of us may still be stuck at home for a little bit longer, this tour is one thing we can all look forward to.